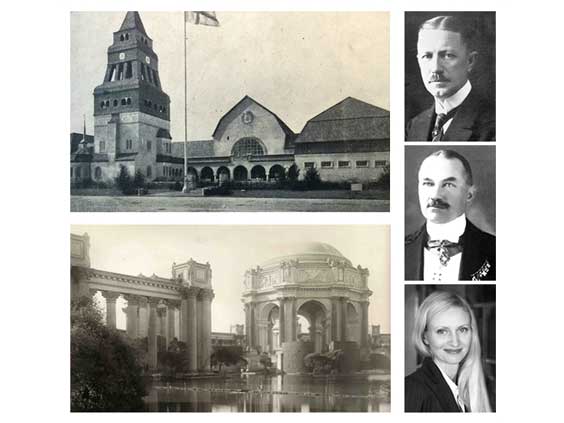 ~Eugene Neuhaus, The Galleries of the Exposition (1915).Descended both from Sweden’s General Commissioner, Richard Bernström, and from Sweden’s Art Commissioner, Anshelm Schultzberg, Charlotte Bernström shares a unique family perspective on Sweden’s exhibits at San Francisco’s world’s fair of 1915, that links then and now.

On Thursday, June 4th at 7:00pm in San Francisco’s newest landmark, the Swedish American Hall (2174 Market Street, SF 94114), everyone will have the opportunity to hear a family recollection of Sweden’s beautiful pavilion and fine art at the Panama-Pacific International Exposition of 1915.

Charlotte Bernström, herself an artist, will speak about Sweden’s pavilion and its fine art, as well as about how her unique family heritage has influenced her.

To attend, RSVP to Ted Olsson: